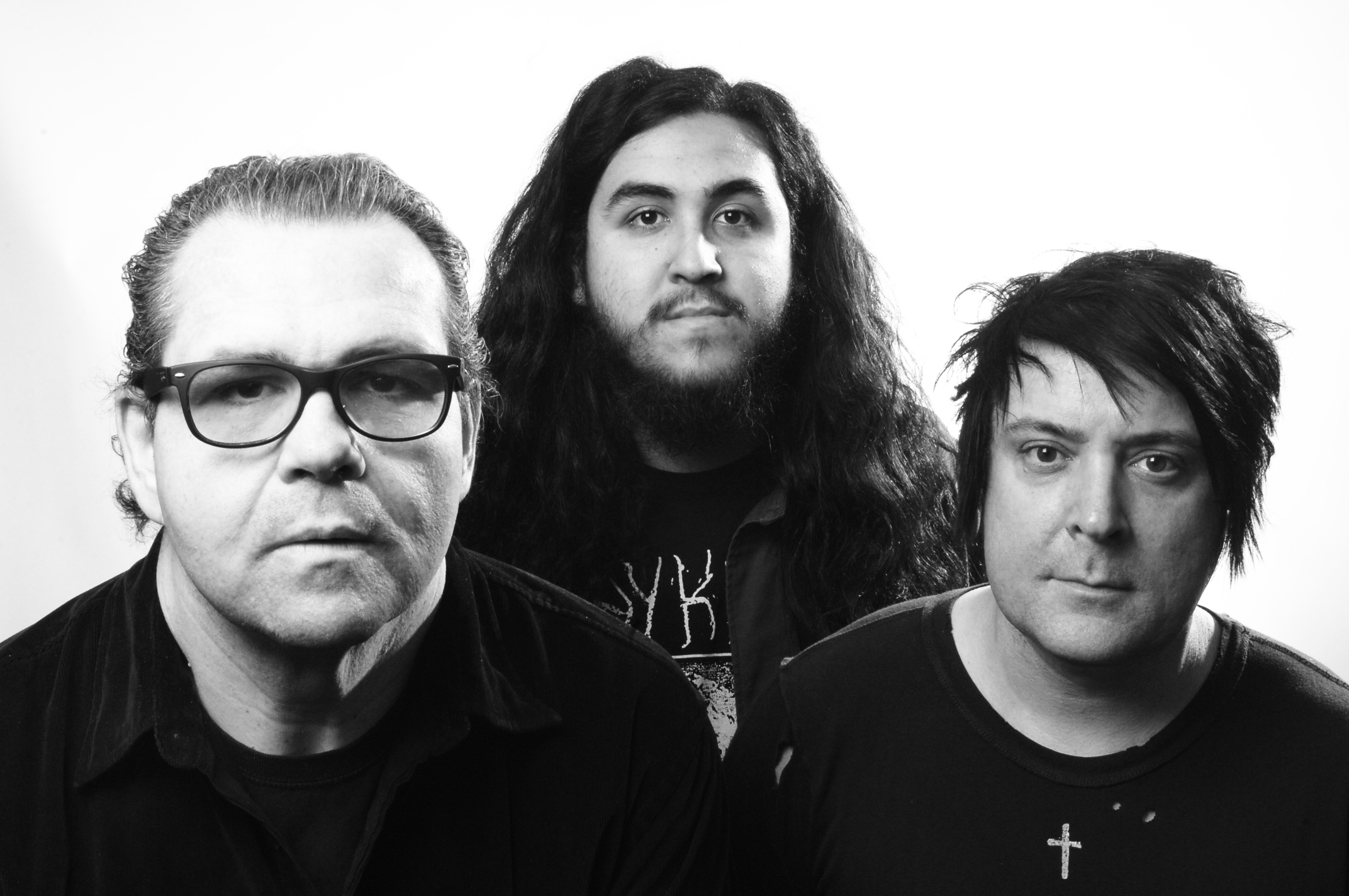 FATSO JETSON was formed in Palm Desert, CA, in 1994 and are often credited as one of the fathers of the desert strain of stoner rock made most famous by their slightly younger neighbors Kyuss and Queens of the Stone Age. While musically similar to some of their stoner brethren, FATSO JETSON incorporate a broader variety of musical influences that includes punk, blues, jazz and surf music. That is not to say that the band isn’t capable of dishing out supremely heavy riffs… Certainly grounded in dense hard rock, FATSO JETSON experiment with many musical textures, angular instrumental epics, and bizarre lyrics to create a punk, blues art rock all their own.
In 1995, the group recorded their debut „Stinky Little Gods“ and followed that up in 1997 with „Power of Three“ (both appeared on SST). Brant Bjork briefly joined up as second guitarist and appeared on two 7″ releases. The band then teamed up with Bongload Records, who released FATSO JETSON’s third full-length, „Toasted“, in 1998.
Guitarist and old friend Gary Arce joined the band to record thier fourth LP „Flames for All“ in 2000 for Artist Frank Kozik’s Mans Ruin Label. FATSO JETSON also contributed to „The Desert Sessions“ releases that Josh Homme organized, bringing desert musicians and other creative like minded rock musicians together to collaborate. It was Homme’s record label Rekords Rekords that released the next FATSO JETSON album in 2001 „Cruel and Delicious“. For this session the band was joined by Vince Meghrouni on Sax and Harp, adding a new dimention to FATSO’s hard to pin sound. The band continues with this line up in 2009.
A new full length LP was released in Feburary 2010, followed by a European tour in April including a debut at Holland’s Roadburn Festival. They came back again on the old continent in 2012 for a very successful tour with highlights shows like Duna Jam, Paris and Stoned From the Underground festival. They returned in Europe in 2013 with their peers Yawning Man, and again in February 2015! They also released a split album with Space lords Farflung this spring.

3rd EAR EXPERIENCE
From the get go it is clear these are excellent musicians on top of their game, rebellious and unafraid. The excellence of the music speaks for itself, attracting fans, distributors and music outlets worldwide including vinyl deals with Space rock Productions and Ruralfaune Records.
3rd Ear Experience a self styled desert space rock band were formed in 2012 in Joshua Tree in the Mojave desert. The band built a remote studio in the legendary Furstwurld art gallery where they improvised and recorded for three days. From the fruits of these jams came their first album Peacock Black. International Press immediately recognized the great potential in this project, praising their album as a welcome addition to the genre and a “must own” for the rock fans album collection.
“Peacock Black is a must for any fan of the Prog rock music scene and seems to propel them to the forefront of the genre” Firebrand Magazine.
2014 saw the band return to the art gallery to record a series of musical pieces that had taken form during that summer of jams, space rock parties and desert festivals. Their third album ‚Incredible Good fortune‘ hailed as being one of the best releases of the year, landed them in the top ten positions in various notable blogs, charts and prominent magazines across the world. Incredible Good Fortune also garnered plenty of radio play in the USA and in Europe.
3rd Ear Experience reaches beyond the customary rock and jam band stratum. At times defined as space rock or experimental rock, listeners are finding there really is no limit to the band’s horizons. (Coachella Valley Weekly)

FEVER DOG
is a Psychedelic Rock band from the California Desert formed in 2006 by Danny Graham, Joshua Adams and Nathan Wood.
In 2012 they released their first album ‚Volume One‘, followed by the release of their second full length album „second Wind“ in 2014 featuring the songs „Iroquois“ „Lady Snowblood/Child of the Netherworlds“ and „Hats Off to Andrew Bowen“. Fever Dog is currently writing their third record and planning a European tour in the fall of 2015.
„Lady Snowblood – is a work of genius. Melodic, moody, dreamy, experimental and all together mysterious.“
– The Sludgelord
„F.D is throwing the Desert Rock and Psychedelic Heavy Rock genres into a stunning melting pot of heaviness and catchiness.“
– Temple of Perdition
„Radio Moscow-style blues, bent through a prism of psychedelic color“
– The Obelisk VVK