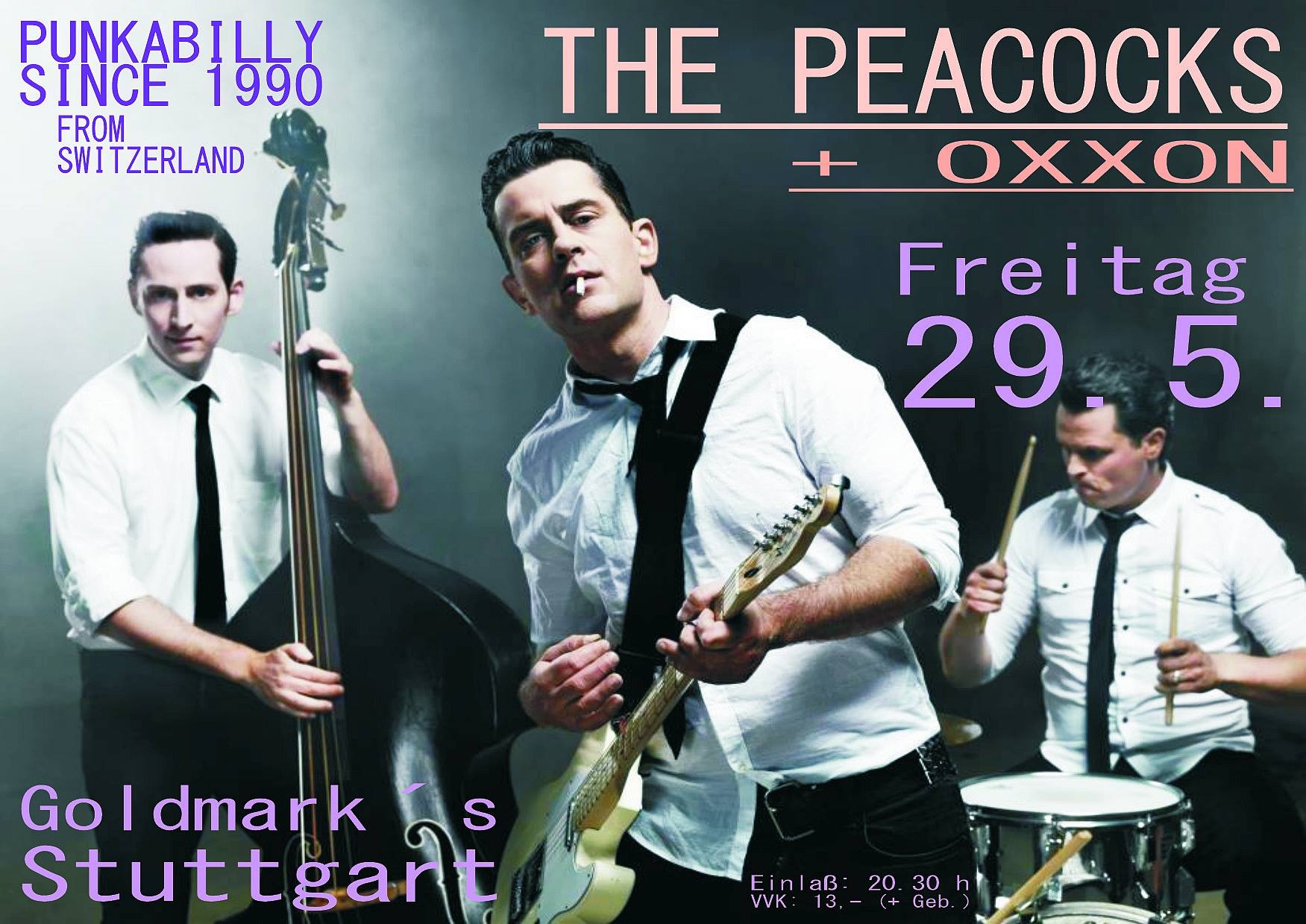 he first peacocks show happened in 1990. The band back then was Hasu on guitar, Adi on drums and Michi (pictures right) on double bass. It was very rockabillyorientated poppy

he first peacocks show happened in 1990. The band back then was Hasu on guitar, Adi on drums and Michi (pictures right) on double bass. It was very rockabillyorientated poppy psychobilly with lots of coverversions.

After playing a few birthday parties the band sort of broke up because Michi quit the band, but they restarted one year later when Simon, Hasu’s brother, who learned the double bass, joined the band.

This line-up lasted some 5 years and did some seven inches thefirst album „come with us“ and also played more than 100 shows. Right before the first US/Canada-tour, Adi decided to leave and that tour only happened because third brother David knew all the songs and stood in as a drummer. The tour was quite successful and a new drummer called Toni joined soon after.

Around 1997 the Peacocks started to tour almost everywhere including Japan, the US, Canada and every European Country. They recorded two more albums «In without knocking» and «Angel». Both records did allright and with „Angel“, the band signed to Asian Man Records.

Early 2002 Toni had to leave the band because he couldn’t tour anymore. With now 3 kids he decided it’s better to have a proper job. It took quite a long time to find a new drummer, but end 2002 JÜrg joined the Peacocks and the band started rockin‘ on.

In 2004 The Peacocks released «It’s time for…The Peacocks» on 5 records labels in 5 countries and 3 continents. They toured again almost every country in Europe, did a Canada and a Japan Tour. Hairball 8 records made a best of release for the US market in 2006 followed by a tour through 14 states. The band stayed in the US after the tour to record a new album at Sonic Iguana in Lafayette Indiana. It’s gonna be out in 2007. And The Peacocks will hit the road again!